I used to be a big proponent of core aeration (plugging) for lawns. I talked about it in my book Building A Healthy Lawn: A Safe and Natural Approach, which was published way back in 1988. The idea of getting more air into compacted soil makes a lot of sense. But I rarely recommend plugging anymore as a method of aeration. It makes some holes, but it just doesn’t aerate the soil like you would expect it to. We started experimenting with liquid aerations about 15 years ago and now, thanks to Aerify Plus!, we have something will actually change soils by aerating and bioactivating deeply. We believe this will be the wave of the future.

The goal of any aeration is to get some air into the soil, loosening up clay and compaction. This improves drainage and bioactivity, and should help bring about better soil structure and deeper rooted, healthier grass. Core aerating machines attempt to do this by removing plugs of grass and soil. The problem is that these plugs are usually only 2 – 3 ” long, often shorter when dealing with thicker grasses like Tall Fescue and St. Augustine, or if the lawn is bumpy for any reason. On most lawns, the top few inches of soil is where you already have decent soil; usually it is topsoil, or maybe even clay that has already been broken up by grass roots. It is the soil 4 -10″ deep, where you want the roots to grow, that needs aeration most. That is where you find the worst compaction or clay. Core aeration machines don’t go anywhere near this soil.

When you pull plugs with a coring machine, you are also thinning out the lawn. You might be pulling out 3% or more of the existing grass. So it may be a good idea to overseed after you do core aeration. Many landscapers core aerate with the sole purpose of making lots of holes for overseeding lawns with newer, better grasses. If you have a matted Thatch layer, poking holes through it with an aerator will give temporary channels for air and water to pass through, but according to Cornell, doing this once or twice annually will not make a difference if the soil is compacted. To get the thatch to break down and decompose, you need to have a well-aerated and bioactive soil. As far as actually aerating and bioactivating the soil, core aeration leaves a lot to be desired.

Aerify Plus! is a liquid soil aerator that also helps bioactivate and bring about better soil structure. It is Ionized at the final stage of manufacturing so it clings to the soil and breaks up clay bonds. With each application of Aerify you will creates more and deeper soil aeration. It is a tool that can be used by landscapers and gardeners to dramatically change their soil quality, often in less than one season. No one would dare to say anything similar about core aeration.

Author of Building A Healthy Lawn and President of Nature’s Lawn & Garden, Inc. 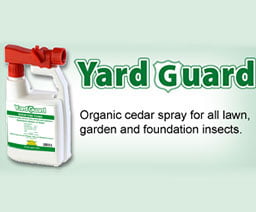 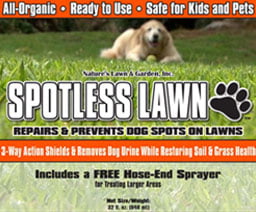 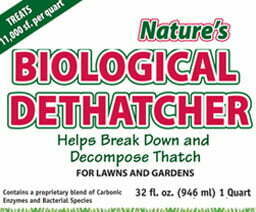 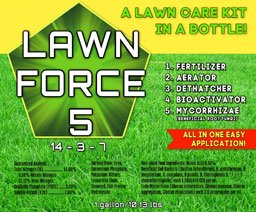 Get our newsletter
For Email Marketing you can trust.
MENU